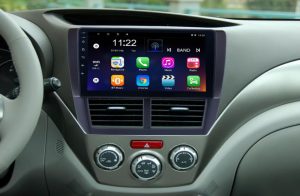 Firstly the unit is much easier to plug into the dashboard. The multi-touch screen with smooth operation is pretty and bright,its size looks nice as well. Normally the most used apps show on the front screen. Meanwhile unable to delete apps on front screen with long press that avoid to delete the app that you are used to select. 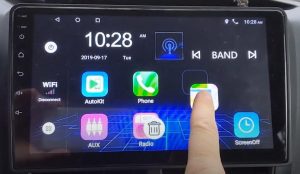 The multifunctional applications can match your variety of hobbies and habits. The Google system works great with the Maps.Spotify is super simple to mange when you are navigating. The Maps guides your directions that you will not get lost. Furthermore, you won’t miss the intersection because the maps app shows the time and distance for next turn. 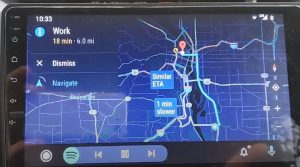 High quality speaker makes you have wonderful experience when you listen to music,watch videos or on-calls. Built-in digital FM/AM radio tuner brings you lots of entertainments and fun during your trips. Surely you can use loudness adjustments to figure out your sound style.The multimedia supports charging your iPod/iPhone via the usn cable. Besides, DAB can not only automatically tune to all the available stations, offering a list for you to select from, but also provide real-time information such as song titles, music type and news or traffic updates. It’s the best choice for radio lovers and music enthusiasts.